Event Description:
The Greater Rochester Chamber of Commerce's Governmental Affairs Council will present a Candidates Forum for candidates seeking election or re-election to the NH House of Representatives representing Rochester and the State Senate-District 6 race.

This is an opportunity for the public to learn about the candidates and where they stand, as they answer questions from a media panel on various state issues. This forum will be held virtually via Zoom.

Questions for the candidates may be taken from the public prior to the forum by emailing events@rochesternh.org, or submitted during the forum in the chat feature of the Zoom meeting. The Forum will be recorded and broadcast on the Rochester City Government Channel 26 following the forum, and will be rebroadcast several times prior to election day ~ November 3rd.
STATE SENATE - DISTRICT 6 CANDIDATES
James Gray (incumbent) - Rep
Christopher Rice - Dem 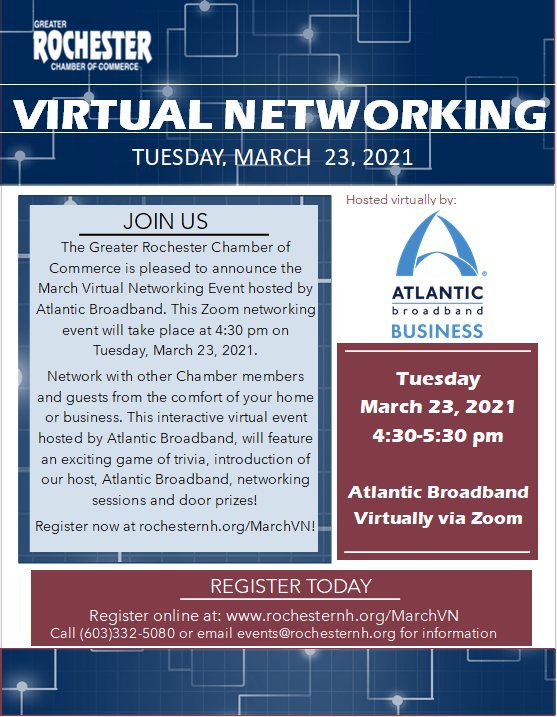