Event Description:
The Greater Rochester Chamber of Commerce's Governmental Affairs Council will present a Candidates Forum for candidates seeking election or re-election to the NH House of Representatives representing Rochester and the State Senate-District 6 race.

This is an opportunity for the public to learn about the candidates and where they stand, as they answer questions on various local and state issues.

Questions for the candidates may be taken from the public prior to the forum by emailing lring@rochesternh.org. This Candidate Forum will be recorded and broadcast on the Rochester City Government on Breezeline Cable Channel 26 and Comcast Cable Channel 22 following the forum, and will be rebroadcast several times prior to election day.

All candidates listed below have been invited to participate. 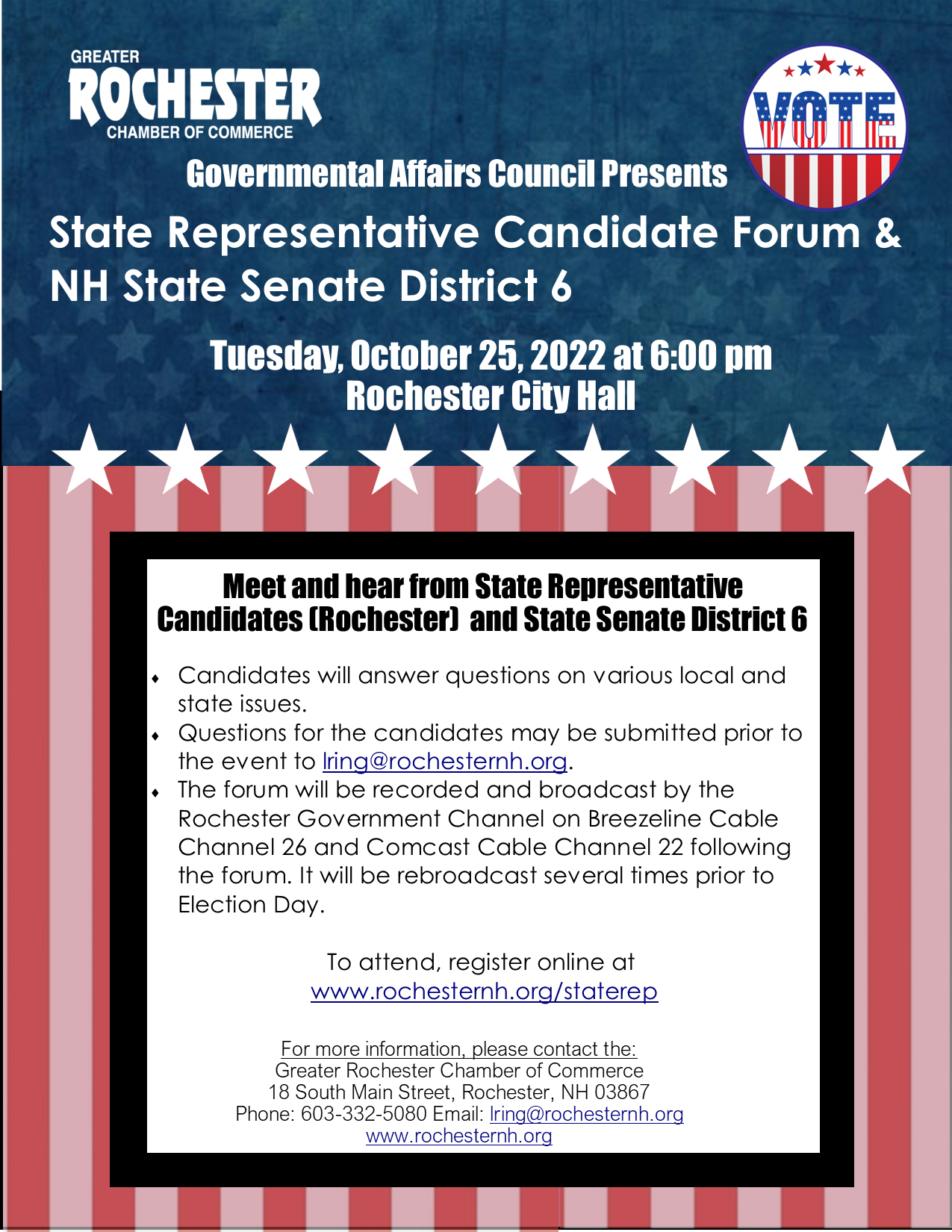